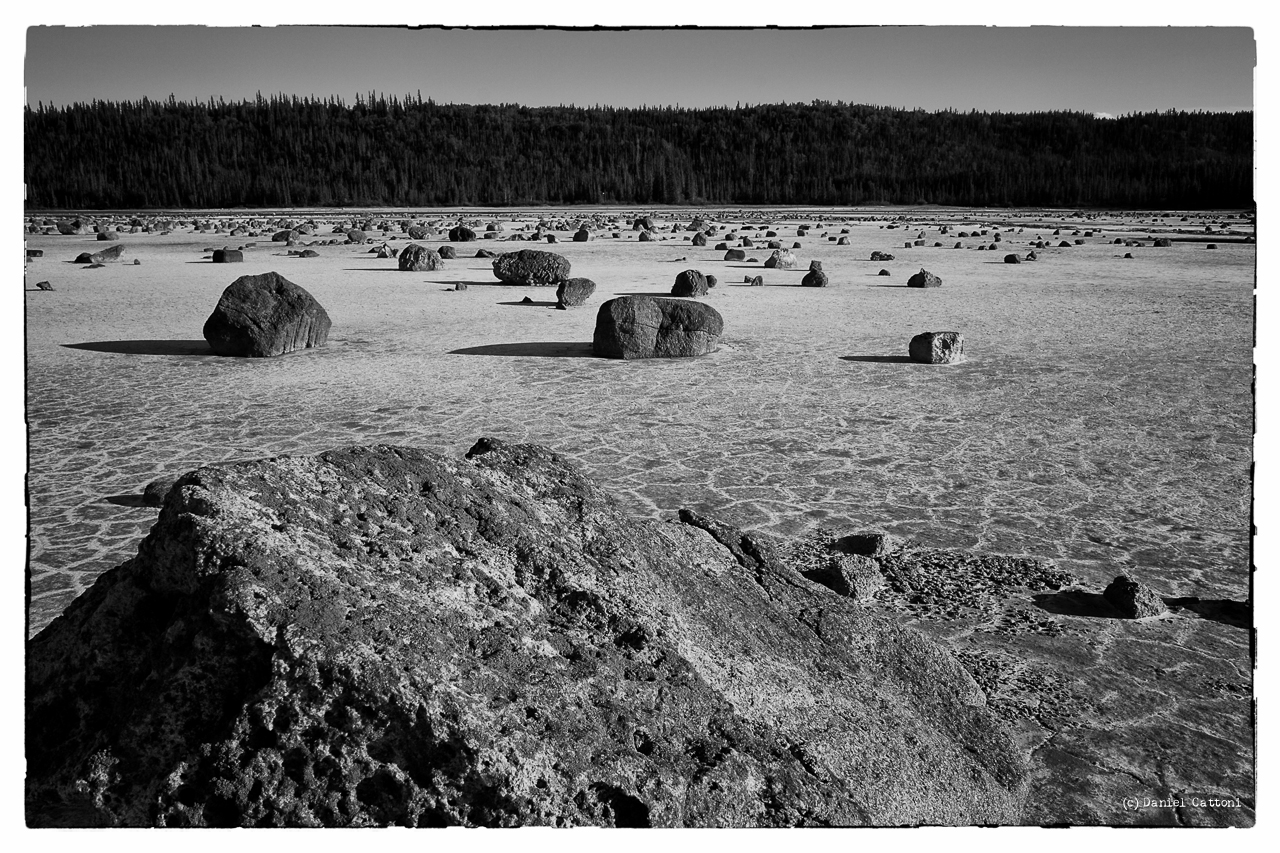 Grosbeak Lake is located about 25 kilometers south of the Alberta – Northwest Territories border near Fort Smith. It is part of the Wood Buffalo National Park’s extensive band of salt plains which cover an area of 370 square kilometers. Unique in Canada, they are formed by water that has percolated through underground salt deposits left by an ancient sea around 390 million years ago. At the location of the Salt Plains, impermeable bedrock has forced the saline water to the surface. As the water evaporates, salt deposits are left behind. In some places, brilliant white salt mounds, up to one metre in height can be found. 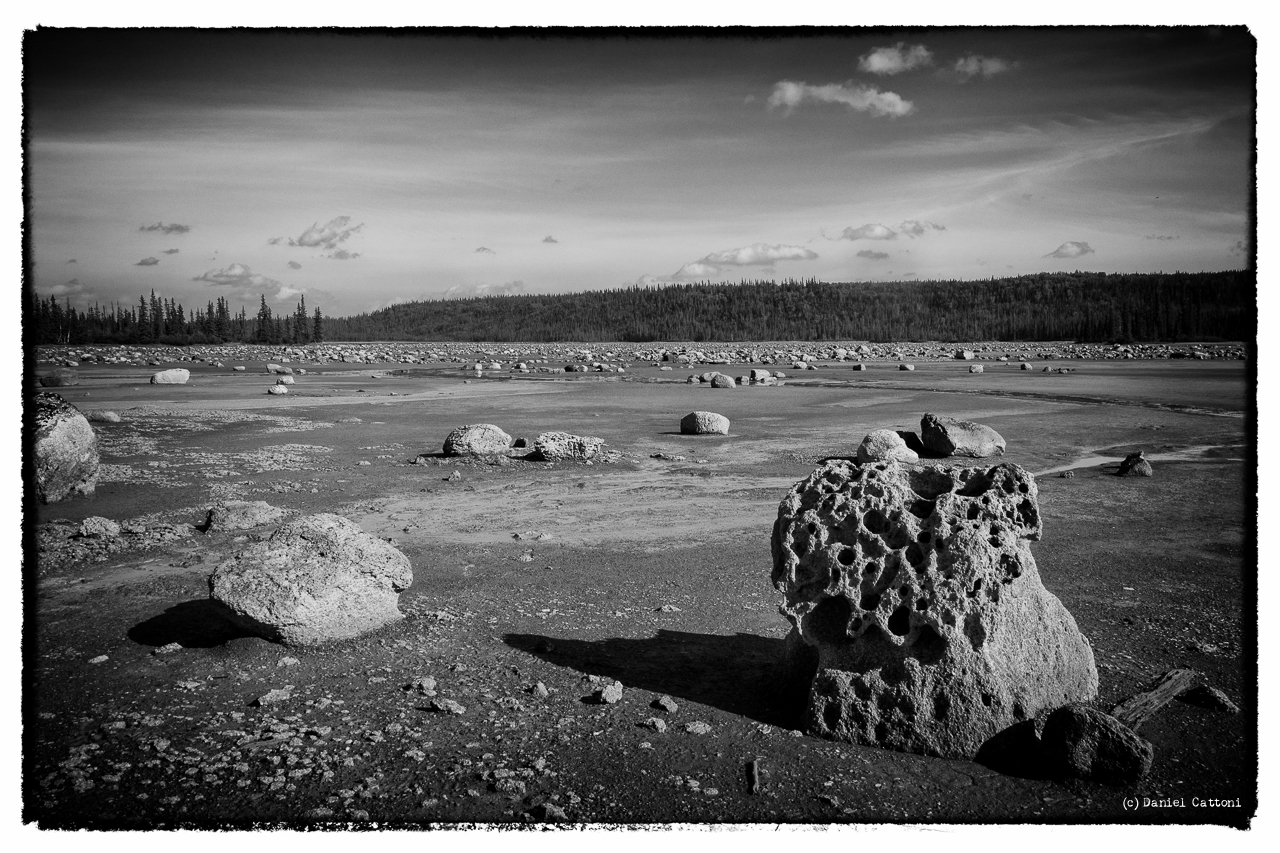 Often compared to a “moonscape”, this unique salt flat is strewn with salt-corroded boulders of all shapes and sizes. The boulders were carried from the Precambrian Shield by glacial ice during the last Ice Age and deposited as the glaciers retreated. Over time, the actions of salt, frost, and wind have corroded the boulders into fascinating shapes. 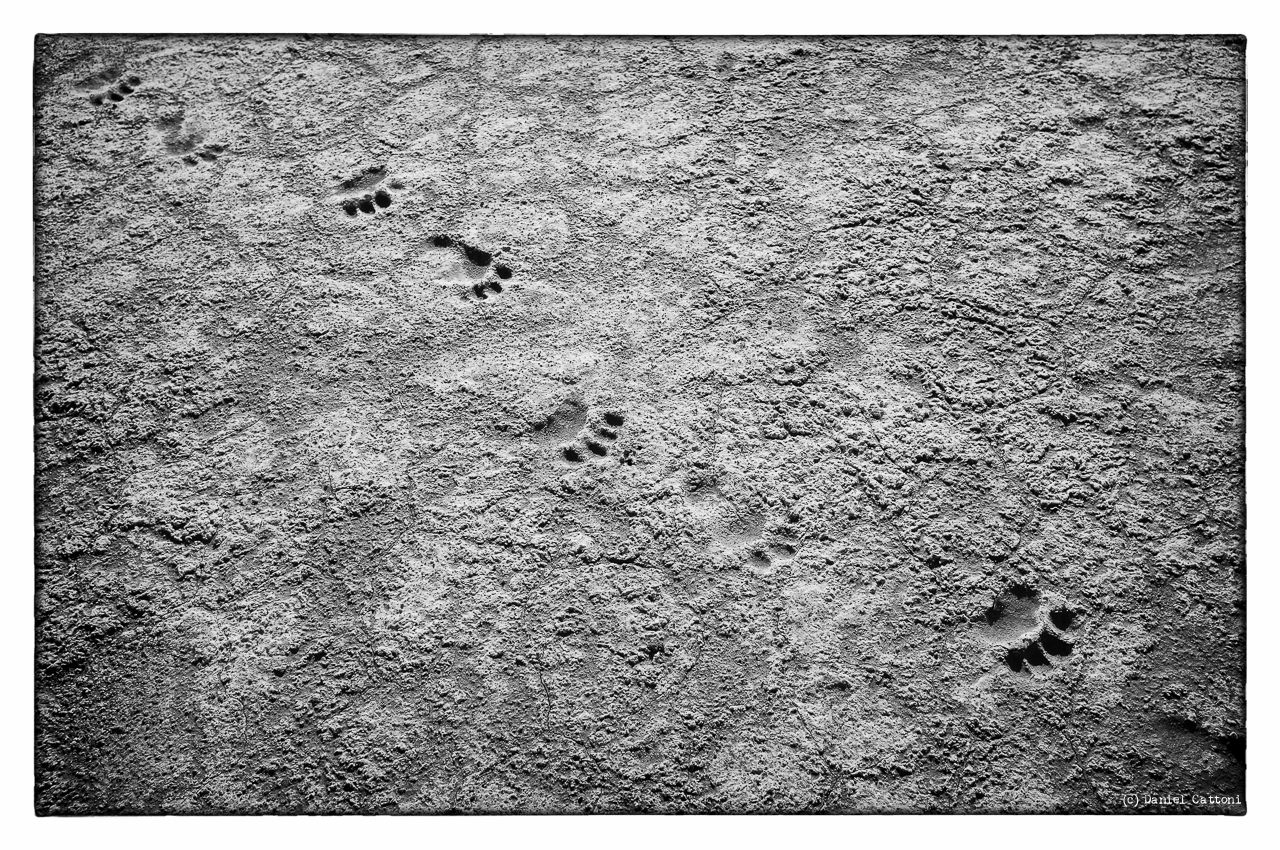 Animal tracks are etched into the salt-encrusted flats, leaving a fascinating record of the wildlife diversity in the area. We discovered several tracks, one of them of a young black bear. They were still pretty big… see a size reference in the next image. 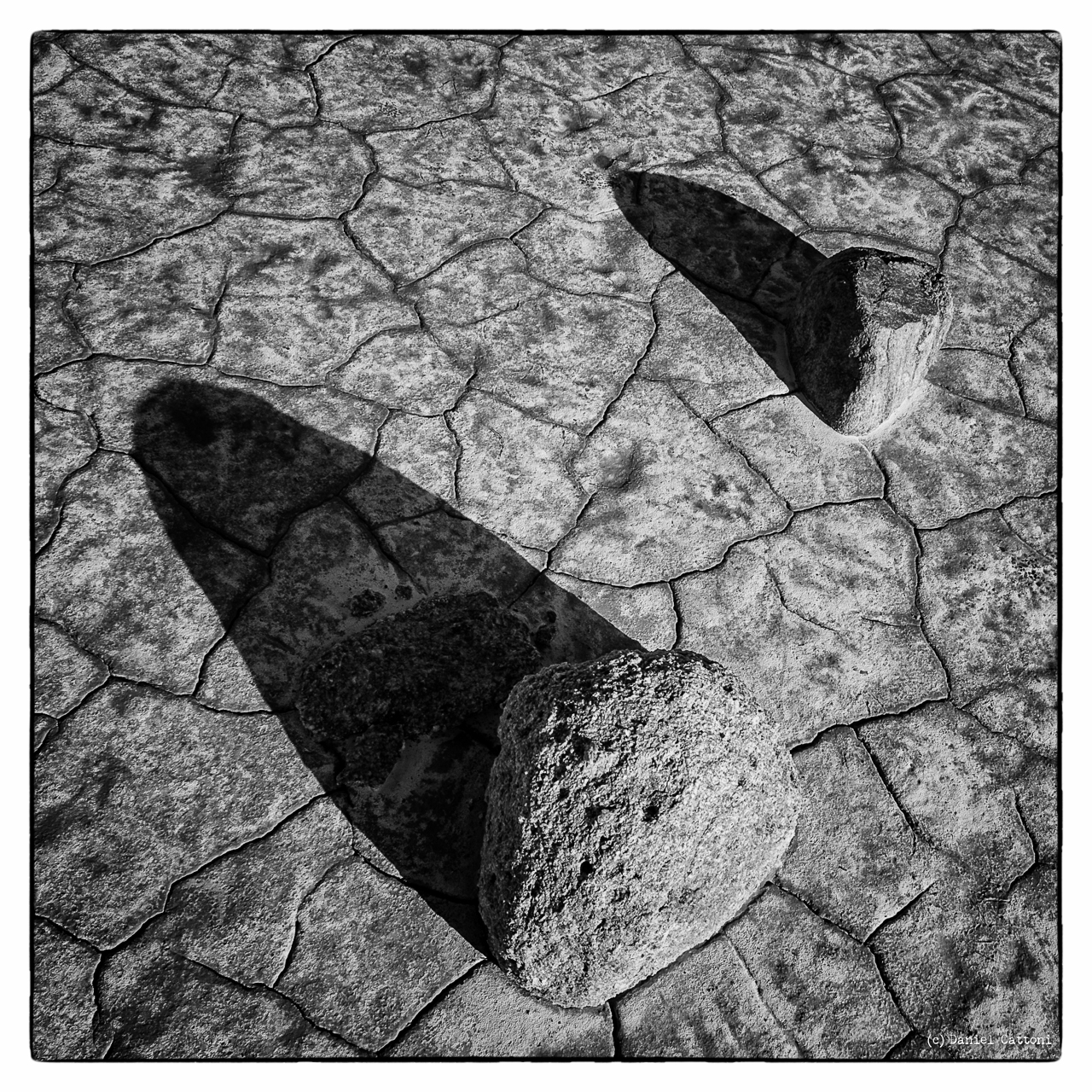 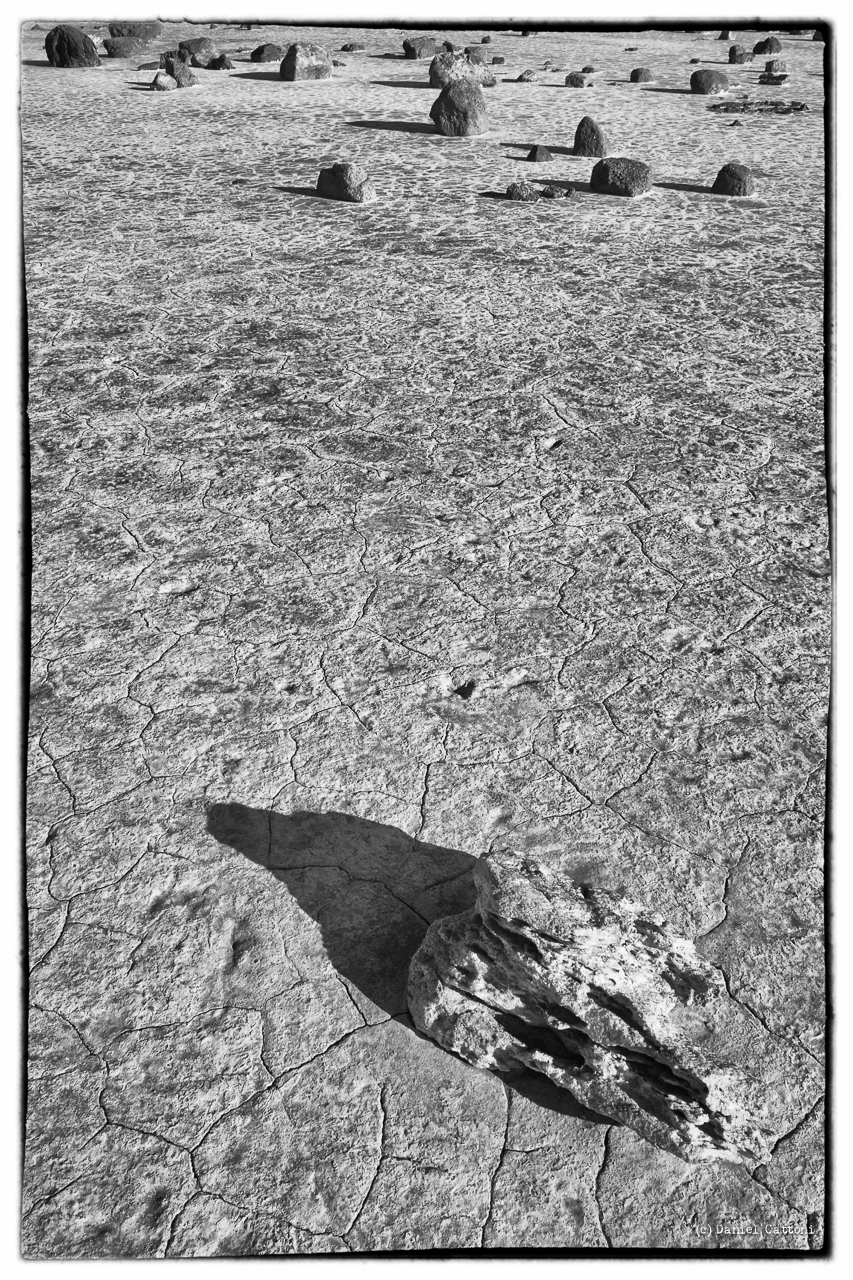 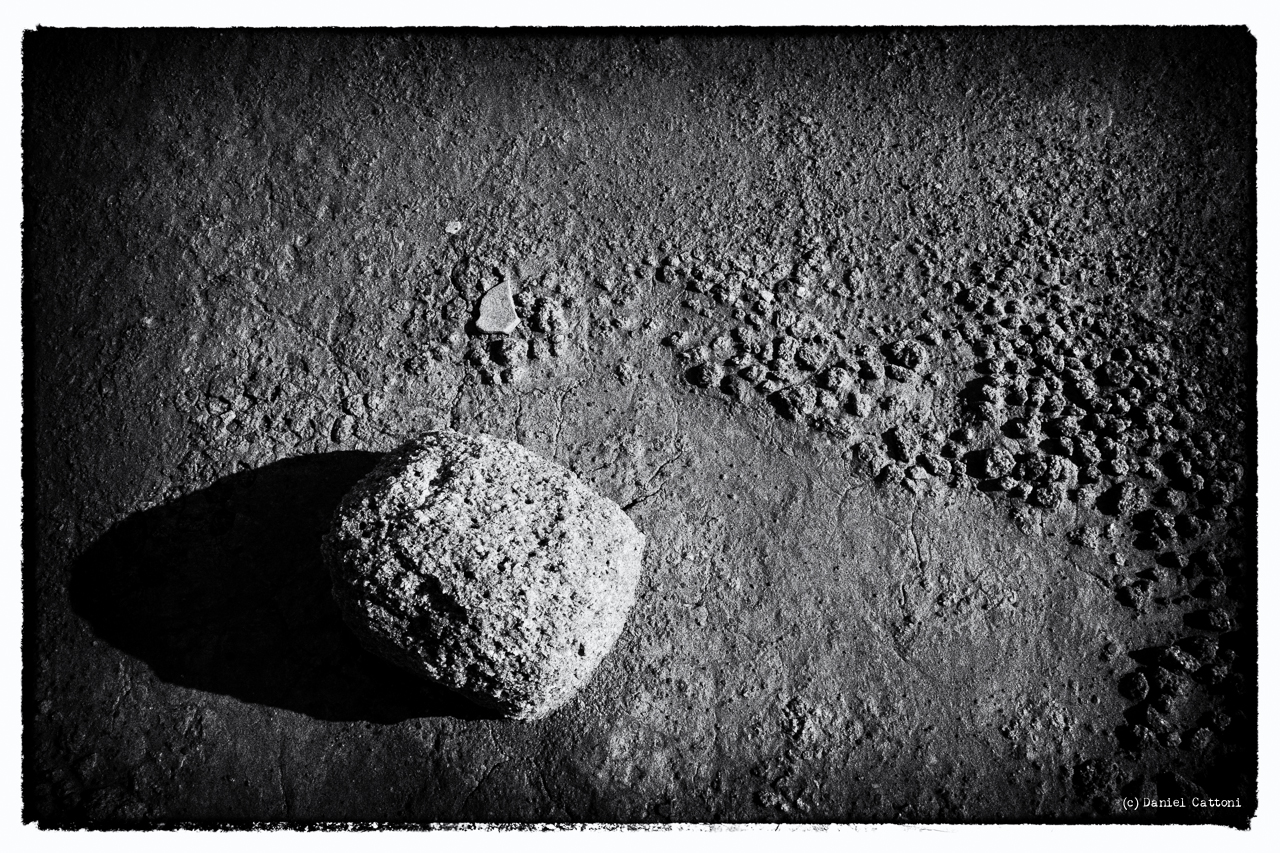 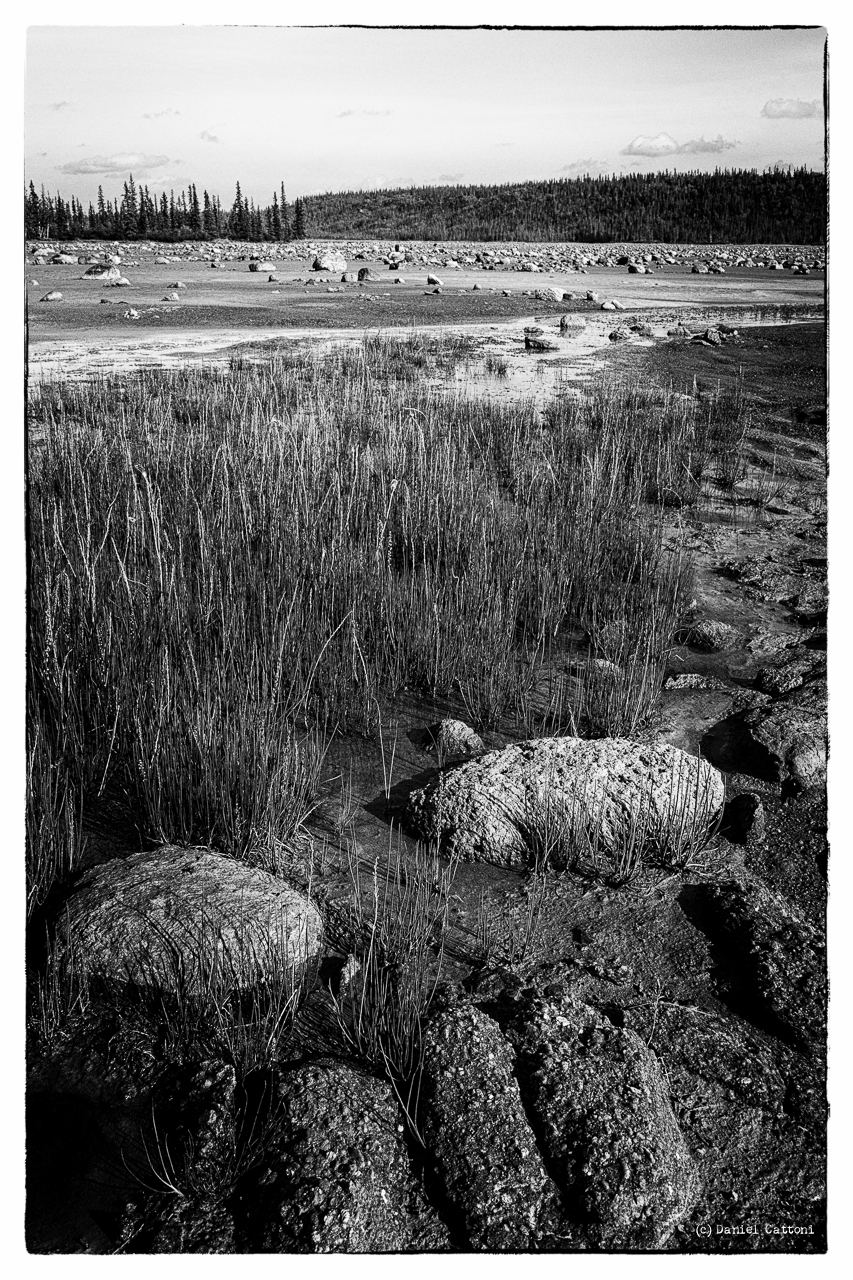